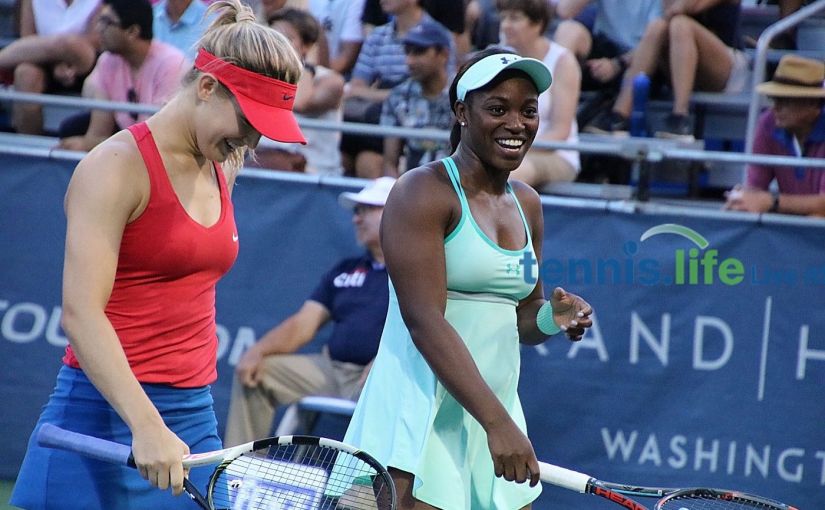 Genie Bouchard and Sloane Stephens, who share an agent in John Tobias but have known each other half their lives, teamed up for the first time at the Citi Open and are one match away from the title.

They upset the No. 3 seeds Mariana Duque-Mariño and María Irigoyen in the first round. And in Friday’s semifinal, they toppled the top seeds, Sania Mirza and Monica Niculescu, in an improbable 1-6, 7-5, 10-8 victory before a full house on Grandstand 2 court in Washington, D.C.

Earlier in the day, the pair had played their quarterfinal match, postponed by the rain on Thursday evening.

Their opponents, Nigina Abduraimova and Patricia Maria Tig, retired after the first game of the second set because of an arm injury to Tig.

Then the two, and entourage, went off to the practice court while they waited for their opponents to be available for the semifinal.

Here were some of their best moments (we left out most of the awful ones, most of which took place in the first set).

The pair rushed out to a 7-2 lead in the match tiebreak, and very nearly coughed it up before going on to win it 10-8.

They will play No. 2 seeds Shuko Aoyama of Japan and Renata Voracova of the Czech Republic in the final, Saturday at 1 p.m. 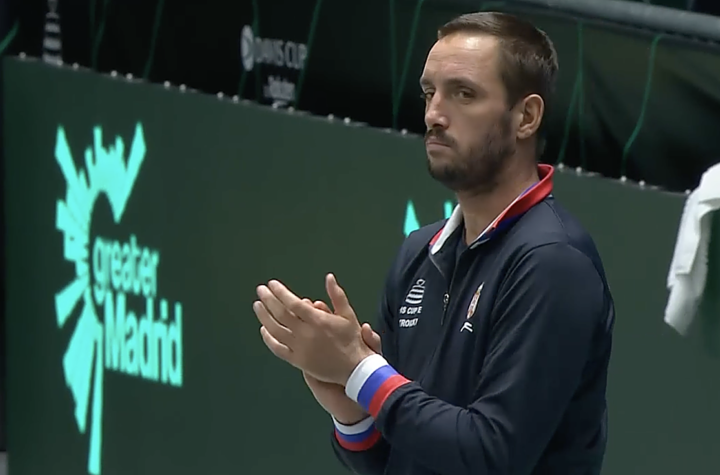 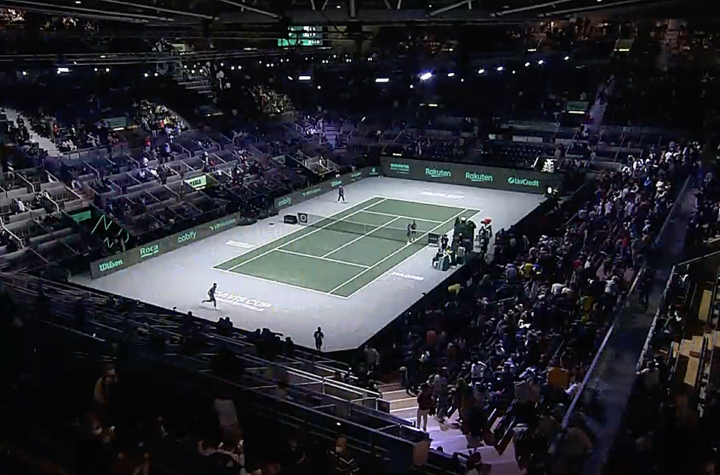 I brought up this *loophole" weeks ago.
It might get him into the country (IF they give an individual visa exemption, which is required).

But it won't get him into Melbourne Park.