BRISBANE, Australia – The choices of captains for the ATP Cup teams have ranged from obvious, to logical, to budget-conscious.

Becker is one of the “guest star” captains – top former players from their countries – along with Russia’s Marat Safin and Great Britain’s Tim Henman.

The decision on the captain is the choice, at least on principle, of the No. 1 player from each team.

On the whole, there are surprisingly few captains who are also the Davis Cup captain. For what that’s worth.

And so Becker, who is the titular head of German men’s tennis, is back on the practice court and courtside at matches in an official capacity for the first time since he and Novak Djokovic ended their coaching relationship in 2016.

Becker is still just 52, but he’s really having a rough time of it physically. He’s walking with difficulty. And he still has the big bursitis bulges in both his elbows that he’s had for a few years now.

(On the plus side, that luxurious mane of hair remains completely awesome).

Some of the players have chosen to have their personal coaches in the bunkers, along with the captains.

That was the case with Félix Auger-Aliassime of Canada, who had both coach Frédéric Fontang and team captain Adriano Fuorivia there.

Zverev’s father, Alexander Sr., was not sitting courtside for his match against Alex de Minaur of Australia Friday night.

Actually – there was no room, with only three seats. The other two are occupied by Becker and the (regular) Davis Cup captain, Michael Kohlmann.

Here are Zverev and Becker, and Struff (and guest star Dusan Lajovic of Serbia), in practices Thursday.

A large group of German fans were on site and were escorted in to watch the practice, although Zverev was not on court when they were there.

You certainly can’t say that Zverev, still just 22, isn’t putting in the work in the gym these days. 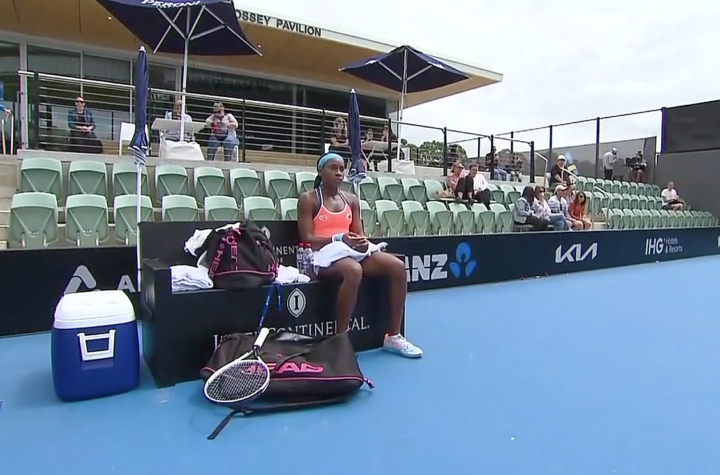 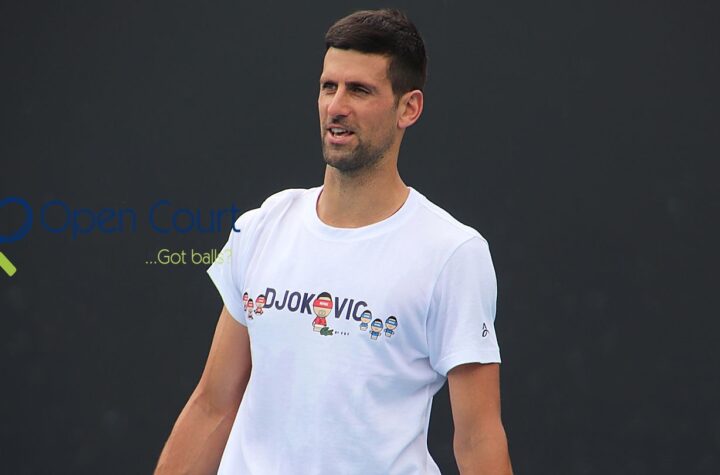 Pics: Serena warms up for Osaka