If it weren’t so … ironic, it would be ironic.

The new “Davis Cup by Rakuten Finals” eliminated its biggest asset to morph the 120-year-old competition into a one-site, week-long final extravaganza.

But for its second edition in 2021, it will split into three different pool groups in three different European cities before migrating to Madrid for the semifinals and finals.

The winning cities are: Innsbrück, Austria and Turin, Italy.

The logistics of hosting 18 nations, on one site, for a week were daunting and expensive enough for its debut in 2019. Plus – other than for host nation Spain – the fans really didn’t flock to Madrid as the new owners, the Kosmos Group, had anticipated or hoped.

(That’s an understatement; there were plenty of good seats available).

And it is completely understandable that during what might still be pandemic conditions, it would be even more challenging in 2021.

The new-look Davis Cup was not held in 2020 because of the pandemic, which likely meant more financial challenges for the Kosmos Group.

And that brings the tennis right into December, with only a few weeks’ break before the 2022 season starts up all over again.

And what does it start with? The ATP Cup, a similar nation vs. nation event which will take place in Australia.

In a season that will have a summer potentially packed with a postponed Roland Garros, Wimbledon, the Olympics and then the US Open, the energy level of players should be impressive by December.

Another factor is that with travel still potentially challenging, who knows if any of these players will even be able to get home – even for a week – before they have to hit the road again for the long stretch in Australia.

The original plans for a three-venue preliminary phase were announced back in January. The final announcement was to be made in March.

That got held up a month or so. Innsbrück and Turin will host two of the six pool groups and one quarter-final.

The third location will remain Madrid. But it will not be held at the Caja Magica, as it was last year when they converted the courts from clay to hard for the occasion.

Instead, the Madrid Arena in the Casa de Campo district will host pool play as well as the semifinals and finals.

“The proposals announced in January were aimed at providing a better schedule for players while bringing the competition to new audiences and improving the experience for fans.  Following a thorough bid process, we are delighted to be able to confirm Innsbrück and Turin as co-hosts alongside Madrid. We are confident that, together, they will deliver an outstanding world championship event for players and fans alike.”

(How going from a week-long event to 11 days, through to Dec. 5, with a four-day break after the ATP Tour Finals, is a better schedule for the players is probably something to ask the organizers).

Much November tennis in Turin

Turin, it should be noted, will already have had plenty of tennis in November.

It will host the group stages at the same arena, the Pala Alpitour Arena, as the ATP Tour finals.

So much for bringing the competition to “new audiences”. That audience in Turin will have just had the eight best singles and doubles teams in the world the previous week, at premium prices.

The ATP Tour Finals will be held Nov. 14-21. So that’s another four empty days for the players at the end of a long season, before the grand finale even begins.

If all this sounds defeatist, it’s probably because many fans believe that the Davis Cup ended with the end of “home” ties at the World Group level. Especially the final. These top-level clashes have brought so much indelible drama over the years.

Not to mention the end of three-day ties with singles and reverse singles. Oh, and best-of-five sets. But we digress.

Many purists have taken to calling this revamped event the “Kosmos Cup”, not the Davis Cup, as it bears little resemblance to the original.

Spain in Madrid, Austria in Innsbrück

Each venue, of course, will host its own home country. So it’s almost like home-court advantage all over again!

But only for those from countries rich enough to bid for the privilege. And, of course, only in Europe.

“The three venues selected are of similar playing conditions with good transport links and a strong overall infrastructure,” the press release says.

(And, it should be noted – and perhaps there’s an alternative we haven’t seen. But there is no way to get from Innsbrück, Austria to Madrid without making two stops along the way. So they’re going to have to private jet the semifinalists and entourage. There are a couple of direct flights from Turin to Madrid).

Innsbrück not so “well connected”

Here’s the official quote from Albert Costa, director of the Davis Cup Finals:’

“We are very excited to bring the Davis Cup Finals to Innsbrück and Turin. Both cities submitted impressive bids that not only promise a world class experience for players and fans, but also include stringent measures to ensure the health and safety of all in attendance.  It was important to find two European cities that were well connected to Madrid, with similar playing conditions,  to provide a smooth transition for players travelling from other venues. With confirmation of the three venues, we are already working hard to offer the best possible event in 2021. We are also liaising closely with the Region of Madrid and the City Council as thanks to their support, Madrid remains as the main venue for this year.”

Madrid: Groups A and B

The winners of those two groups also will play each other. 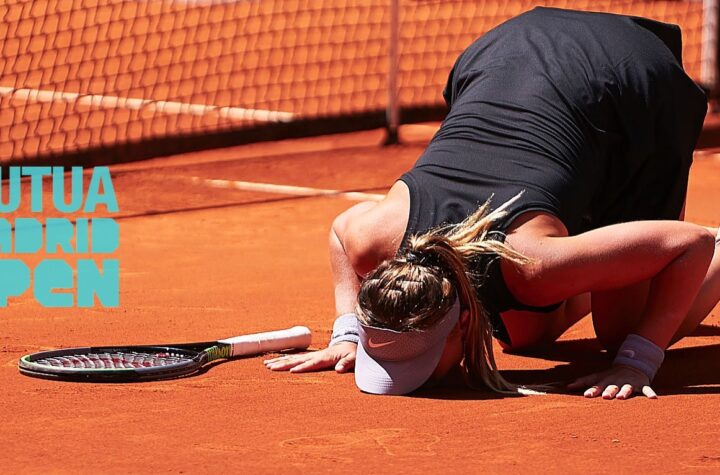 SBD Preview: No. 1 Barty vs. WC Badosa in Madrid semifinal