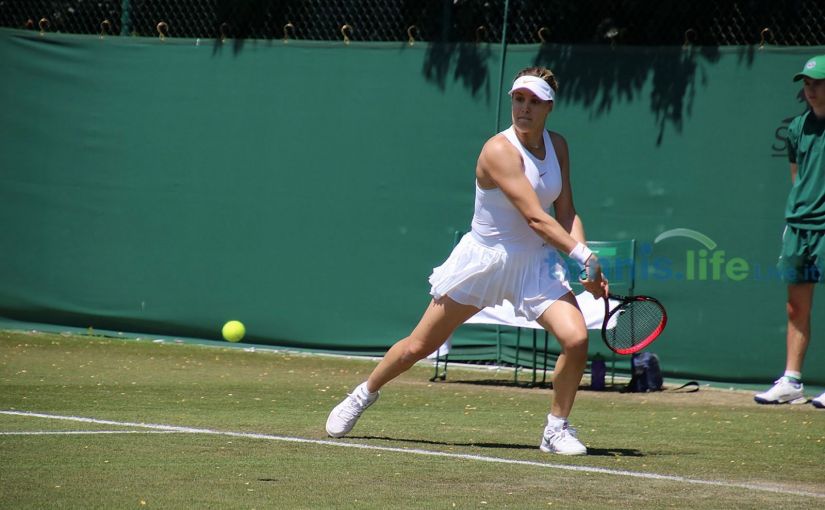 ROEHAMPTON – So far, the Canadian effort in Wimbledon qualifying has been a mixed bag.

The good news is that Genie Bouchard and Bianca Andreescu are through to the second round on the women’s side.

And even better, veteran Peter Polansky and Wimbledon rookie Brayden Schnur have won two matches each, and are in the final round of the men’s singles qualifying.

On the down side, Françoise Abanda, Carol Zhao and Filip Peliwo all dropped their first-round matches.

Here’s a roundup, some impressions, and some pics.

Brayden Schnur on a roll

Schnur is playing his first-ever Wimbledon qualifying. As a junior, even though he got to No. 26 in the world, he never even played at Wimbledon, losing his first-round junior boys’ qualifying match in his only attempt.

But he made it. And after two impressive wins, he needs one more to make the main draw of his first Grand Slam tournament.

He has been helped by former Tour player and Tennis Canada coach Fred Niemeyer for nearly a year now. And although his ranking has dipped some since the beginning of the year, he seems to be playing better tennis. So the results are sure to come.

This is the first-ever qualifying at Wimbledon for Bouchard.

After winning the junior event in 2012, she was straight into the main draw in 2013 and, a year later, made the singles final.

But her fortunes have dipped. And she is visiting Roehampton for the first time since the player the junior tune-up event here in 2012.

If precedent helps at all, she won the singles (beating her friend Carol Zhao in the final and Belinda Bencic in the semis) and the doubles with Taylor Townsend. She repeated both those titles the following week at the All-England Club.

Bouchard had nine aces; her opponent had seven double faults as they were assigned Court 11 – the only court from Roehampton that is broadcast and streamed.

The Canadian drew by far the biggest crowd of scheduled matches, which was probably to be expected.

But she came off court in quite the mood, failing to even be civil to the perfectly lovely woman who was doing on the on-court interviews there (after asking if she absolutely was required to do the interview as the women was standing just a few feet away).

Bouchard was then definitive in opting not to speak to any of the media that had made requests, even her home-country television network.

[8] Peter Polansky into final round

Polansky was a couple of matches away from finally breaking the top-100 last week at the Ilkley Challenger. If he wants to get close here, he will have to qualify and win a couple of rounds in the main draw.

After a slow start against his first opponent, the 30-year-old rolled and on Tuesday, he defeated last year’ junior champion Alejandro Davidovich Fokina, who received a wild card into the qualifying.

This is Polansky’s eighth attempt to qualify at Wimbledon. He hasn’t been successful so far, reaching the final round only one other time.

That was a year ago, when he lost a heartbreaker to Stefano Travaglia of Italy after being up two sets to one.

He plays Jason Kubler of Australia, who was in the Wimbledon qualifying only once before (in 2015) and has never made the main draw of any Slam.

During a seven-year period up until last year, Kubler played just four events away from the clay, to preserve a pair of truly disappointing knees. But some extensive rehab has helped and he looked quite at home Tuesday.

Kubler defeated Adam Pavlasek of the Czech Republic 12-10 in the third set, with a host of Aussies on hand to support including Davis Cup captain Lleyton Hewitt.

The intrigue in this one is that Polansky and Kubler two met for the very first time just last week, in the quarterfinals of the Ilkley Challenger on grass.

Had Polansky won that match, he would have been as close as he’s ever gotten to the top 100. And he was up a set, too. But he lost it 6-2 in the third.

Abanda has dealt with a few injury issues over the last two months, beginning with the blow to the head she suffered when she slipped during the warmup before her scheduled Fed Cup match in Montreal in April.

There were also problemswith her hand and her feet. And when she finally got back to the court a month after Fed Cup, she had to retire in her second match at an ITF in Slovakia because of a bronchial infection.

Abanda’s opponent on Tuesday, Antonia Lottner (six months older), played a far more aggressive game (23 trips to net), and had 10 aces to Abanda’s one. She played a terrific match. And Abanda must now head back to the drawing board.

She had qualified and reached the second round both in Paris and London a year ago. So the damage to the 21-year-old’s ranking will be substantial: 220 of the 393 ranking points she had will disappear, which could drop her ranking somewhere in the No. 290 range.

Canada’s top-ranked Canadian had been dealing with an arm issue through the last several weeks. And it hampered her during an otherwise impressive effort against former French Open champion Francesca Schiavone in the Roland Garros qualifying.

On Tuesday, in her first trip to Wimbledon since 2013 and her first attempt at qualifying, she faced Italy’s Deborah Chiesa.

Zhao, seeded No. 20, was the favorite. And she undoubtedly knows her way around a grass court better than Chiesa.

But another bit of bad luck befell her.

It happened here – and, in a peculiar twist of fate, she won the second set sitting on her butt on the grass.

Zhao hurt her left knee and although she gave it full effort in the third set, it was an uphill battle.

Andreescu rolls to second round

Bianca Andreescu, who qualified at Wimbledon a year ago in her first attempt, found the going pretty easy in her first match this year.

She needed just 54 minutes to defeat Min, who didn’t break the 40 per cent success rate on either her first or second serve.

(Unfortunately, we didn’t see a single second of this match, as that time was devoted in a futile effort to get the other two Canadian women to agree to do interviews).

In the second round, Andreescu will face No. 4 seed Ying Ying Duan, who dropped just three games in beating Cagla Buyukakcay of Turkey.

Duan, as it happens, was the qualifier who shocked Bouchard in the first round of the 2015 tournament, the year after the Canadian reached the final.

Last but not least, Filip Peliwo found himself up against a pretty tough customer in his first-round qualifying match.

That would be former top-10 player Ernests Gulbis of Latvia, who has never had great success at Wimbledon (relatively speaking) but does have a lot of experience.

Gulbis had played Wimbledon 10 times before this year, and this was the first time he played the qualifying.

Peliwo stayed right with him until 5-5 in the first set. At that point, Peliwo made too many errots, and Gulbis pulled away.

For Peliwo, who was the junior Wimbledon boys’ champion the same year Bouchard won the girls’ title, it was a tough draw in his second attempt at the qualifying.

The first one was five years ago, in 2013, when he received a wild card because he won the boys’ title the previous year (like Davidovich Fokina this year). It took him five years to get back – and he sees a former top-10 on the other side of the net. 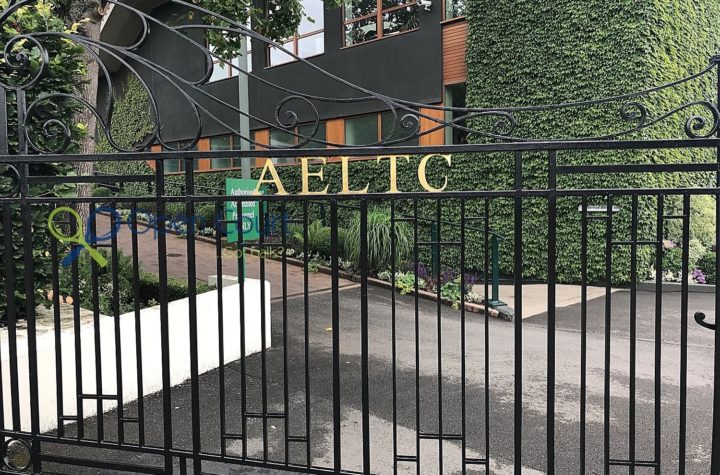 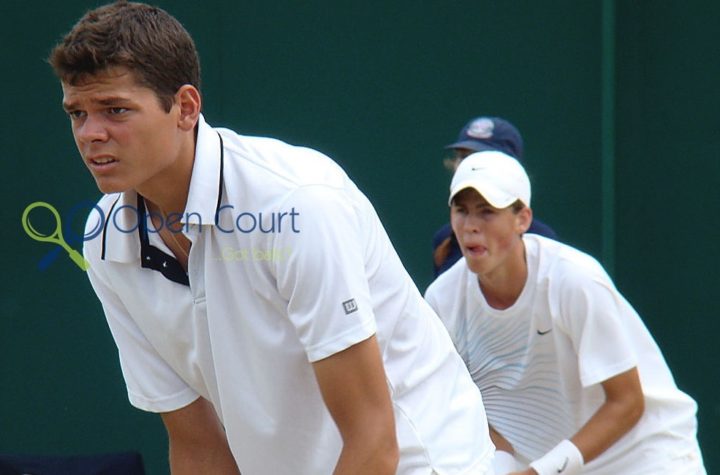 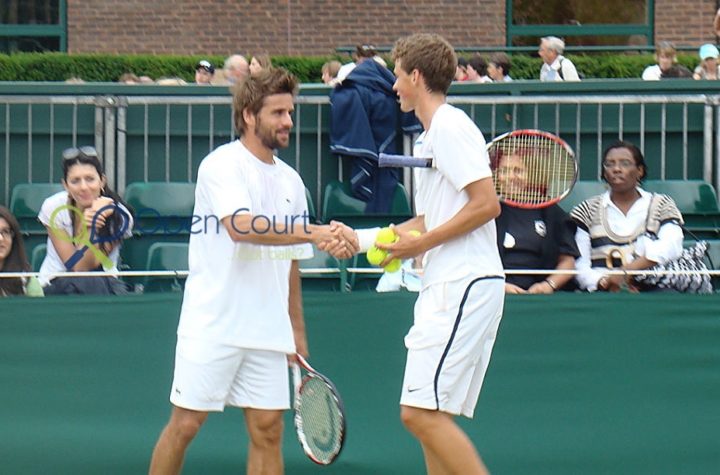 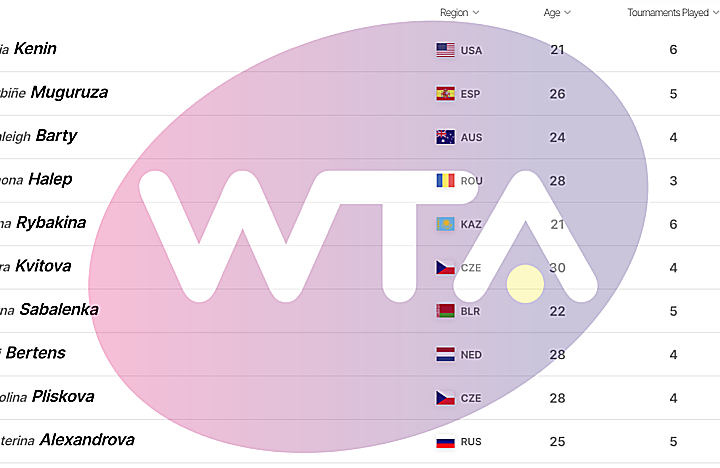 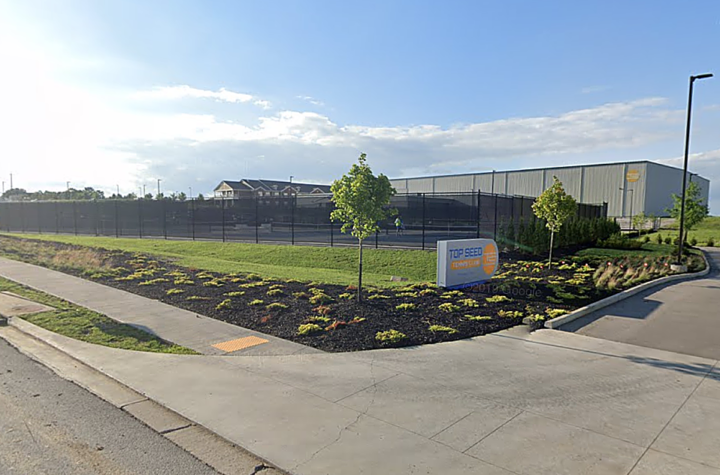 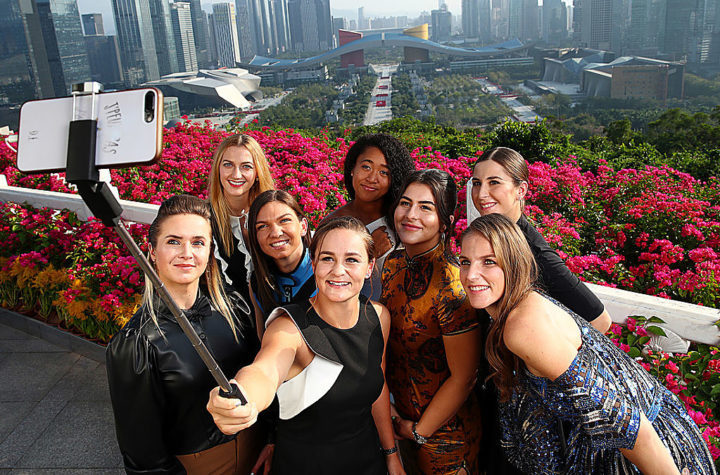